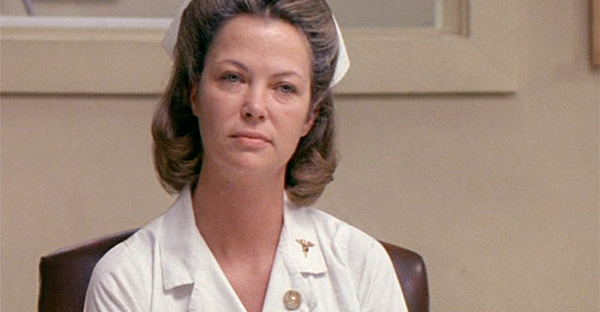 In Elle’s last response she spoke about a psychiatrists response to finding out some new information on an attack of psychosis she’d had…  I remember his response – part indignant (as if a great party had happened and he hadn’t been invited), part shocked – ‘Well I didn’t know about this!’  This made me think of a few of the more negative encounters I had with psychiatric services when I first became ill. Now, before I get into this please understand over the years I have had some fantastic support from psychiatry and the people who work in it. It was a psychiatrist who encouraged my wife and I to read Kay Redfield Jamison’s book An Unquiet Mind, which helped give her (and me) a better understanding of what was happening and saving our relationship. It was a psychiatrist who eventually got me on a treatment that worked for me and got me back to a more regular way of life. But it’s not always been great.

I first became ill when I was 24 and living away from home in Aberdeen. At the time I knew my brain was beginning to become very erratic and disorganised. I actually booked an appointment with a doctor because I knew something was quite wrong. On the day I had the appointment I turned up about an hour too early so decided to go for a ‘stroll’ to kill some time…and three hours later returned, more disorientated not quite knowing where all the time had gone. The doctor thankfully still agreed to see me. In the consultation he asked if I was doing drugs, I told him I was a heavy user of cannabis. His response shocked me, he became indignant and said, “So this is what you do is it? Sit around the house smoking dope all day? And now you’ve come here for some pills” And with that he gave me a prescription and told me to come back in six weeks. 24 hours later I was rounded up off the streets and admitted to hospital. , disorientated, paranoid and mildly delusional.

It was 1994 when I was first admitted to Cornhill Psychiatric hospital. staff were generally ‘friendly’ but I was aware there was a definite culture of us and them. I know things have changed now, but one of the most dehumanising aspects of treatment, at that time, was every day, twice a day, we were made to form a queue to be handed our meds, just like in One Flew Over the Cuckoo’s Nest. I couldn’t believe this was actually practice!  In protest I took to wearing a small black beanie hat just like Jack Nicholson wore in that movie. It all felt very institutional. In the same hospital I remember a chap who was training to be a nurse being particularly patronising. One day he approached me and I said ‘Hi’ to which he replied, ‘Oh you’re talking to me today are you? I didn’t think I was good enough.’ Apparently I’d been a bit distant the other day. I pointed out I maybe wasn’t feeling  well.

As I’ve mentioned I was originally diagnosed with schizophrenia at that time. I should also point out no professional ever told me this. Instead, what they did was tell my mother who then told me in a letter. One of my biggest battles was to get that changed to Bipolar, which I definitely am. But at that time diagnosis would not recognise that Bipolar could come with psychosis, so you were one or the other. It was as narrow as that. Eventually after four years of the wrong meds and treatment I turned up late one night at a psychiatric hospital in Edinburgh and told them my story. After a meeting between two consultants and a charge nurse they came back to me and said, ‘Yes John we know who you are and we feel there’s no way you have schizophrenia, but you’re definitely Bipolar and it’s imperative we get this sorted immediately.” The sense of relief I felt was massive. And two years later the diagnosis was changed. It turned out that at that time getting a psychiatrist to go against the word of another was not an easy thing to achieve.

The psychiatrist who changed the diagnosis also treated me quite indignantly. On the day of me becoming ‘official’ he said to me, ‘Are you sure you want this diagnosis? This is a very serious illness. You’ll be registered as disabled.” I replied, ‘Listen mate I’m pretty aware of my disability. On the odd day I thought I was the messiah…Well, I don’t think I should be allowed to operate heavy machinery.’

1 thought on “Treatment (The poor version)”